We are delivering an exciting environmental and creative project with 120 year 3/4 children from Axe Beacon schools funded by the East Devon AONB sustainable development fund. Inspired by the research behind the beautiful book by Robert Mcfarlane and Jackie Morris, ‘The Lost Words’, the project looks at ‘lost words’ for common plants, insects animals and birds – and the concept that children are losing the vocabulary to talk about their local natural world, and common plants, animals and insects. This loss of ‘nature-literacy’ is of concern because if children don’t become familiar with the everyday natural environment, if they do not know how to talk about nature and name it, they can’t value it, and won’t be able to conserve it and preserve the natural environment in the future. This project idea follows up on the Science Journal research from 2002 that found that children aged eight and over were “substantially better” at identifying Pokémon “species” than “organisms such as oak trees or badgers”: around 80% accuracy for Pokémon, but less than 50% for real species!

The children are taking part in a nature walk with an environmental educator from East Devon Countryside team before spending 3 half days with our music leaders in song-writing and composition workshops, creating a piece of music about the local natural environment and the creatures and plants seen during the project.

At the end of the workshops, the children will perform their songs, to the whole school, and parents/carers, supported by the B Sharp musicians.

We’re also creating a songbook for the project, with an accompanying CD /download of all the songs, so that the schools can use them in the future. 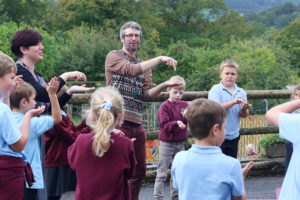 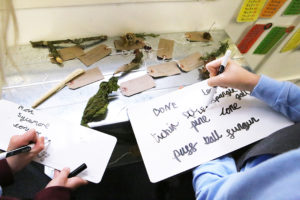 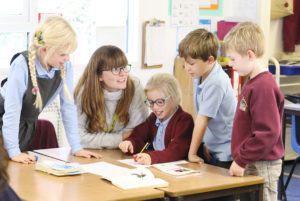 Keep up to date with the latest news from B Sharp*.

'Love' is a word not used nearly enough when talking about education – but it should be. Because caring for children is an act of love, and that's the greatest gift anyone can give, writes @AnnMroz

BRIDPORT JAMS BUSKING IN BUCKY DOO POSTPONED
Unfortunately due to the weather forecast for tomorrow (🌧🌬☔️🥶) we are having to postpone our planned busking tomorrow morning.
We WILL be doing this at a later date (hopefully when the weather will have improved!!) so watch this space for the new date!
Sorry to disappoint our participants and the people of Bridport, but we can't risk our equipment and frostbite. ...

Share on FacebookShare on TwitterShare on Linked InShare by Email

B Sharp is supported by:

In no particuar order